The Voices in My Head 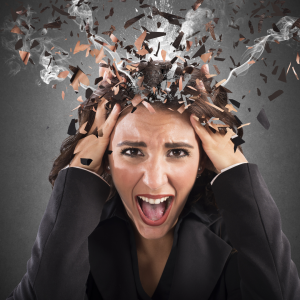 Recently, on a bus in San Francisco, a man across from me was having a heated argument with the voices in his head. (There was no phone or Bluetooth in sight.) He was adamantly telling them to “shut up, you’re lying to me,” and “that’s not true”

My first thought was that the poor man was crazy, but the more I thought about it, I wondered who was the crazy one, the one telling the voices they were lying or, me, believing what the voices in my head told me. The ones that said ‘you’re too old, it’s too late, you’ll never succeed at your age, you’re too fat, you won’t have enough money, you can’t help but fall apart as you get older, there’s nothing you can do’.

Those voices are simply the voices of my negative feelings. The things I’ve heard, believed and told myself were true. The messages I’ve listened to and never questioned. The voices themselves are not the problem. The problem lies in listening to them and believing them—the relationship I have with them.

It’s time to question the negative voices, challenge them and even cut them off and tell them to be quiet; to listen to new voices. The ones that tell me ‘it’s not too late; you can still be productive, make a difference, be healthy and active at any age’.  These positive messages are truer than all of the negative ones.

The voices that will be the loudness are the ones I listen to the most and believe without questioning. It’s time to turn down the volume on the negative ones, tell them to shut-up when necessary, and listen to the positive voices.

I just won’t have that discussion out loud on the bus.

Every woman is a warrior.

Signup for inspiration, motivation, education, and special offers and a FREE GIFT!

As a thank you gift, I would like to give you a copy of the eboook

“Joy in the Morning”

We will not spam or share your email. You may opt out at any time. It is our policy to respect your privacy regarding information we may collect from you or that you may provide to us.